At Muara Kaman, upstream Mahakam river, you can find historical evidence of the oldest Hindu kingdom heritage in Indonesia.

At Muara Kaman, upstream Mahakam river, you can find historical evidence of the oldest Hindu kingdom heritage in Indonesia. The Yupa site is named after 7 inscriptions called Yupa that were found on the site. 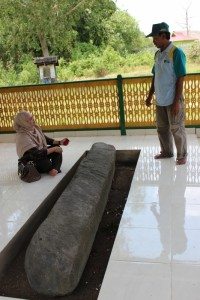 The original inscriptions are now in the national museum in Jakarta and replicas in the Sultanate’s palace in Tenggarong.

The remains on the Yupa site include a long beam stone, which according to local stories, can not be lifted from the place. The Yupa site is a favourite pilgrimage place for Hindu people from Bali.

What to see and do? 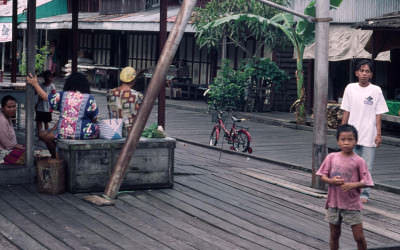 Don’t miss a visit to the unique candy-coloured stilt village of Muara Muntai. The charming wooden village is built over a swamp has an 8 km wooden board walk connecting the different areas in the village. 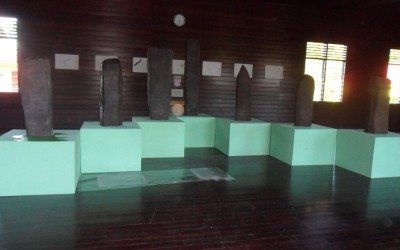 At Muara Kaman, upstream Mahakam river, you can find historical evidence of the oldest Hindu kingdom heritage in Indonesia. 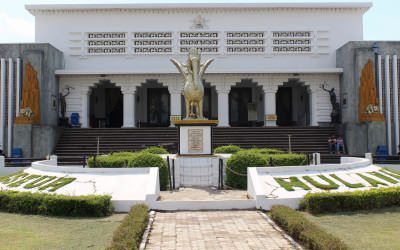 In the sultanate palace, you can see the king’s throne, royal jewellery and learn the history of the oldest Hindu Kingdom. 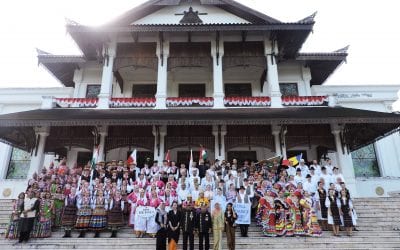 The Kedaton Kutai Kartanegara was originally meant to be the residence of the Sultan, but has been transformed into a cultural centre to preserve art and culture. 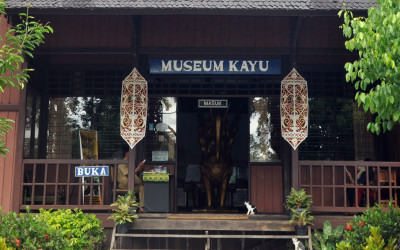 At the charming little wood museum, built from Borneo woods, you can get a good impression of the large variety of trees that grow in Borneo.